and other beautiful teas 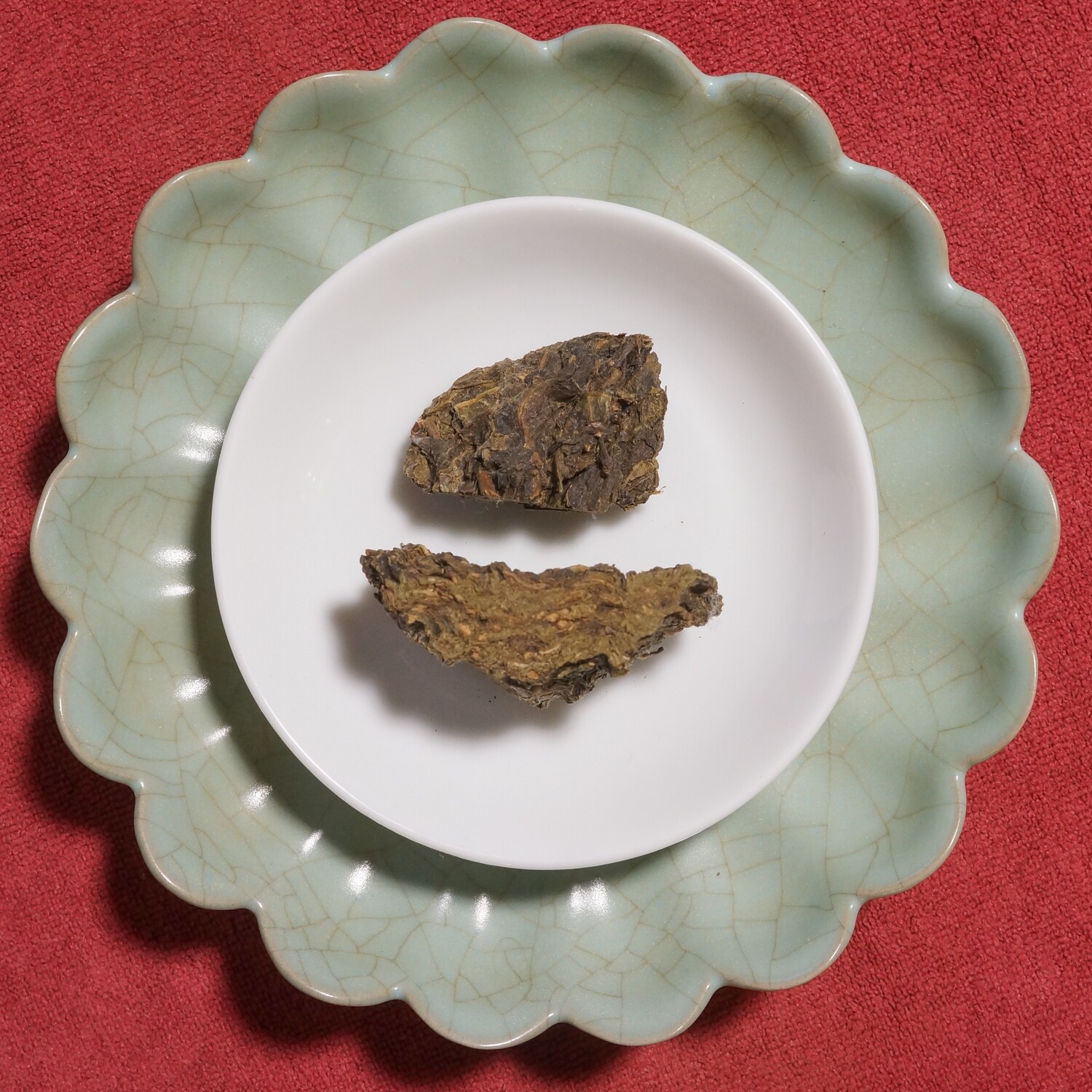 A full Qian Liang, these are slices, is large and highly compressed. A team of men work hard to compress the tea into a dense log-like form. Qian Liang means 1000 liang. A liang, or tael, is a traditional Asian measurement that is about 37.8g or 1.3oz which makes a full Qian Liang about 37.8 kg of tea. About 6ft tall and 1ft wide, these teas are wrapped in palm leaves and bamboo making one quite a stunning show.

Here, for convenience, the log has been sawed into 1in thick slices.

This tea is very lovely boiled, steeped, or even boiled after steeping. With a luxurious mouthfeel, this tea is often brighter than FuZhuan and with a more pronounced bite. When boiled you will find a moister taste and is far more warming than when steeped.

Save this product for later
Display prices in: USD